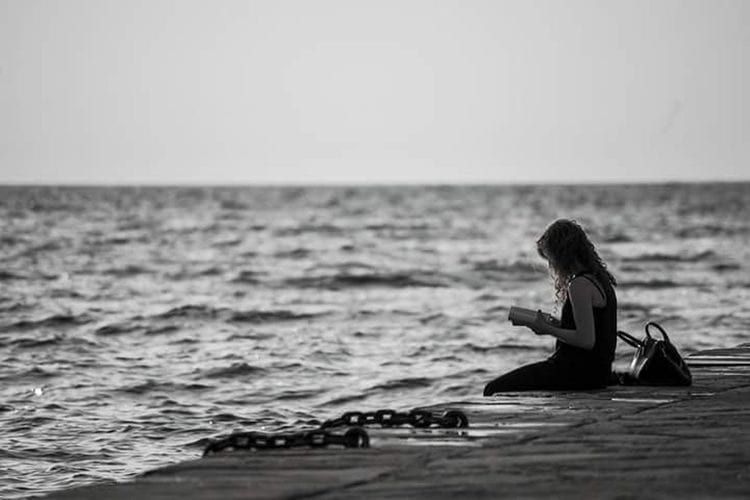 Once every year, on her birthday, I come to this spot to remember. Remember the good times I had with her. Watching this water that took her life is, is calming in some way. Like when she finally drowned she was finally at peace with the world. The last time I ever spoke to her, we were in an argument. I yelled something I shouldn’t have, I said that I hated her. But in reality, she was my closest friend I have ever had. We were the same person–we liked and hated all the same foods, had the same family dynamics, had similar fashion sense, the same taste in music and t.v shows–you name it and it was the same. I regret everything I said to her that day, it was July 29, 2013, that was the day I told Sammie that I hated her. It was only three days before she walked into the lake behind her house with rocks in her pockets.

I wonder what it felt like to feel your lungs burning and fighting to get just a gasp more of air, to feel the icy lake water fill her lungs and take over her body. But once your mind accepted it was it a peaceful way to die? Or did it hurt like hell, and she suffered a horrible death?

The day I found out Sammie died I was about to call her and apologize. I finally realized what I lost when I said those untrue words to her. Then her mother called, “Hello Ollie, could you come over I have some news, I wouldn’t like to break over the phone.”

“Sure, I was just gonna call Sammie and apologize for what I said the other day. I’ll be over in twenty minutes.”

“Actually I will come and pick you up.”, Mrs. Ross. Her voice was breaking by saying this sentence. I was so curious as to what the news was. Within seven minutes she pulled into my driveway in her 2007 Subaru Outback. When I got into the car, Mrs.Ross tried to stay strong and break the new. As soon as she said Sammie was dead, she crumbled into a million pieces. My reaction was just pure shock. I couldn’t physically, emotionally, and mentally believe my best friend, soulmate, my other half wasn’t walking on earth with me.  I stayed strong and put on a brave face for Mrs.Ross, but on the inside, I was disintegrating.

When I got home I locked myself in my bedroom for four days and cried, slept and kept replaying the argument we had over something stupid and wasn’t worth Sammie leaving forever. When I left my bedroom I was wearing one of her sweaters she left at my house that still smelled faintly of her perfume. I got out of my room, put on my shoes and walked three miles to her house. I went into the backyard and walked almost to the end of the dock, and just sat down. I sat there until it got dark just praying Sammie forgave me and finally found peace. I think her parents knew I needed to be alone and didn’t bother me. Every August 5 I go to the dock and just sit, sometimes the Ross’ will join me, other times I will be alone. I hope Sammie knows that I miss her and she should have come to me rather than taking her own life. There is always an alternative. There is light at the end of a dark tunnel.